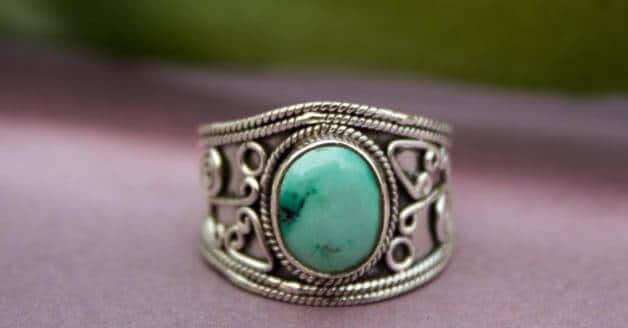 This world where we live is such a colorful one. And those colors don’t only reside in nature and wildlife. But, even we humans are full of them. However, as long as we carry just one color, we seem to get along pretty fine. But when someone has more than one color, one for showing and the one which is actually hidden but actually comes out in certain circumstances, and reflects the true identity of that particular person, colors began to emanate an unpleasant appeal which no one ever approves. Such colors have been demonstrated by a very small bunch of jewellers who are nothing but diminishing the honest and prideful names of all the jewellers.

Some of these jewellers are using a very kinky approach to thug their customers who come to purchase their favorite or very prevalent jewellery from their shop. Those jewellers are using a deceiving way to charge more for the same piece of sterling silver moonstone ring, for instance. They are taking the wrong advantage of the trust a customer bestows upon them. However, not all customers are extremely gullible but in this busy lifestyle of today, not everyone is getting a great chance to bargain or even have time to find flaws in a purchase they are making whether it is just a silver bracelet or a gold turquoise engagement ring.

Nothing supports the theory of making your customer fool no matter how unaware he is. And that, in a country where customers have been given a title of deities especially by the shopkeeper and for the shopkeepers. You might have heard about it or not, but in the jewellery horizon of India, shopkeepers have created a planned way to make their customers without him knowing. That means, whether you are buying a gold ornament, a silver one, or just imitation jewellery, you will be prone to this newly-developed tactic. So far, a great bunch of jewellers has successfully maintained the dignity of this profession. The business of jewellery has always been counted as very honest, prideful, and transparent. But due to the recent doing of a handful of jewellers, it has begun to lose its appeal.

We are well-aware of the dexterity, politeness, and determination of reputed jewellery houses, especially the one. So we should be worrying too much if a few have started to employ not-so-advised practices. As no matter what the profession is, there will always those people who perceive wrongful deeds as legitimate ones.

We just need to be aware that just because most of the people in this industry are very reliable, we can’t just close our eyes and trust anyone who seems fit without knowing about the false practices he might be putting into use. In India, it is common for all of us that when we go to buy jewellery we tend to purchase it by looking at the per gram price. No matter the type or metal of the ornament, the purchaser will always check what he or she is actually paying for each gram of the metal. And the piece which will have a lower per gram price will always appear like a good deal. And that’s where the con shopkeepers play their parts.

Imagine, you will end up buying more price for a piece of jewellery whose per gram price was lesser than the other piece. Sounds weird and impossible right? But it actually is not. Here, I will tell you how to detect while you are purchasing a jewellery and observe that to what level those con shopkeepers have dragged themselves to. After knowing that, you will be able to quickly notice if the shopkeeper is solely working for profits or does he have a slight interest in your happiness and providing value as well.

Those shopkeepers will take the two identical pieces of the same kind of ornament. Their weight, dimensions, and even volume will be exactly the same as the other one. Now, they will embellish one piece will very tiny and minor gemstones or beads while putting big and heavier ones on the other one. Now, they will charge more for the first piece with lower beads’ weight and charge less for the second piece with heavier beads.

When you look closely, you will find that even when you are paying less per gram cost for the heavier piece, you are not actually paying for the precious metal but for the beads and gem embellishment which are nowhere as worthy as the precious metal itself. So what to do? Always get the ornament with tiny or no beads, and urge them to allow you to pay the price according to the heavier piece whose price per gram was lesser. 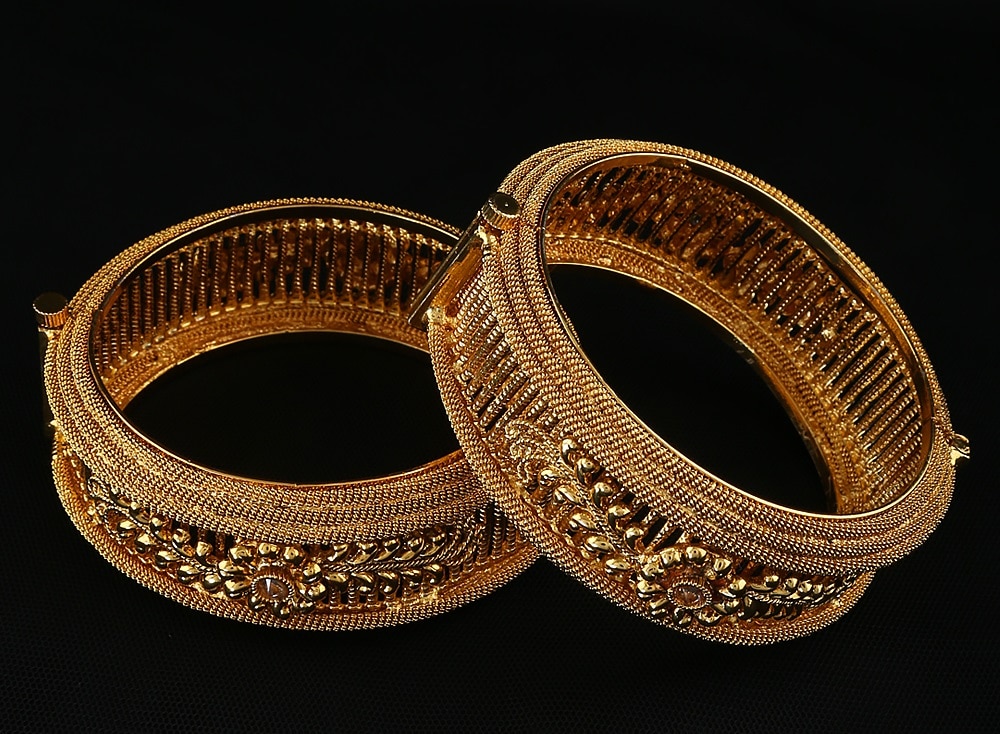 Bangles are ornaments that come in direct contact with life’s everyday activities, it is crucial to invest in a beautiful and durable design that can withstand daily usage. While choosing the bangles
Read More 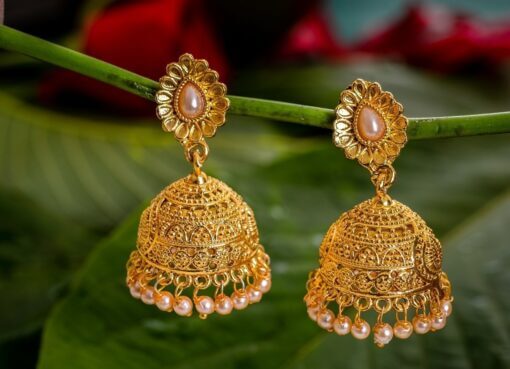 Gold jewellery has been wooing women since ages and is thus always in demand by women all over the world. Few years ago, women used to buy gold ornaments only from the retail stores as it was the most
Read More

7 Silk Designer Lehenga Online – You Will Definitely Gush Over

Silk – The queen of fabric! The never out of fashion material! The evergreen and most lovable fabric of all! No fabric can match the classy, elegant look that Silk radiates. And when it is about Silk
Read More